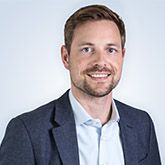 Graduate of the European Business School (ebs) and Retail Property Manager (IRE|BS) with more than 14 years of experience in property project development. Since joining the family firm RATISBONA in 2006, he has been responsible for the successful planning and completion of more than 400 retailing properties in Germany and abroad. From 2009 until 2013 he lived in Spain and Portugal where he was leading Ratisbona Iberia. Sebastian Schels is a partner in RATISBONA Holding and Managing Director of the three national companies, intimately involved in the projects and liaising closely with the clients. Together with his father Rudolf Schels, the preconditions are being put in place for the success story to continue in the fourth entrepreneurial generation. 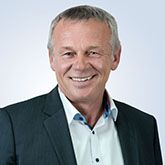 More than 20 years of experience in senior positions at some of Germany’s leading retail companies. Responsible for the successful completion of more than 400 commercial properties in Germany and other European nations. His particular expertise lies in the interdisciplinary intermeshing of property-specific agreements, planning and construction work. 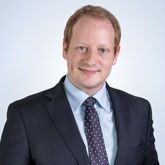 Marcel Steidl has been working for several international investment banks in Frankfurt and London as corporate finance consultation before entering RATISBONA. In May 2018 Marcel Steidl built up the corporate development department of RATISBONA and then assumed responsibility as commercial manager in the beginning of 2019. He studied Business Administration at the University of Augsburg and completed a Master of Commerce in Finance at the Macquarie University in Sydney, Australia. 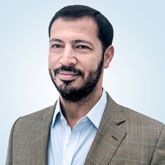 In 2003, with a degree in Civil Engineering started his career as a Project Manager, coordinating the Engineering/Technical Department of a Construction / Promotion Company. In January 2007 was invited to join Ratisbona to coordinate and manage construction sites. By the end of 2007 António was designated Head of the Engineering/Technical Department. In 2008 was appointed co-representative of the company in Portugal. By the end of 2011 was nominated as General Manager of Ratisbona for the operation in Portugal. Finished the MBA in AESE/IESE by June 2014 and since October 2015 is Managing Director for Iberia.